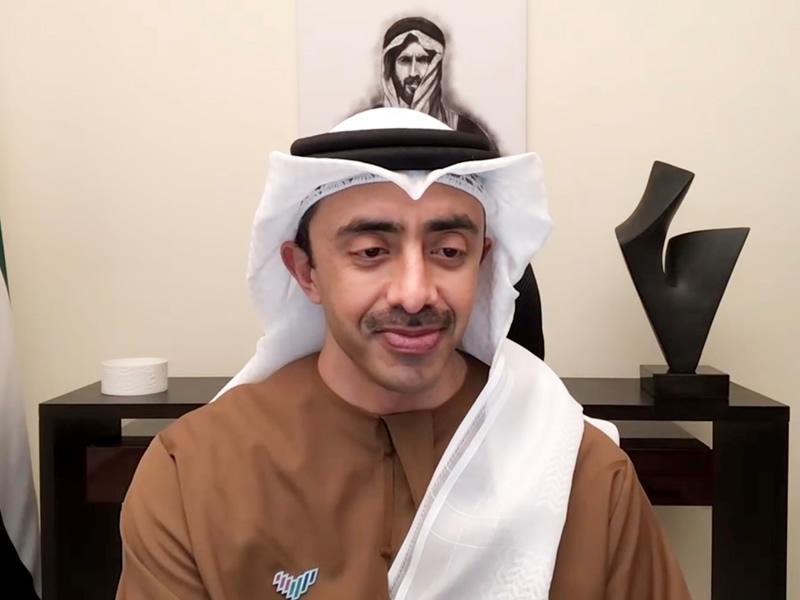 During the videoconference, Secretary of State Luca Beccari and His Highness Abdullah bin Zayed Al Nahyan stressed the main aspects underpinning the excellent bilateral relationships, and also covered the current situation vis-à-vis the various forms of co-operation undertaken by the main multilateral assemblies.

At the meeting, Secretary Beccari discussed the main issues of foreign policy with his counterpart and thanked the Emirati government for the recent initiative by the Red Crescent Society of the United Arab Emirates that saw winter clothes being donated to San Marino families in need through the good offices of the charitable organization Caritas.

The Secretary of State also laid out the strategic guidelines of the current San Marino administration, which has been in government for around one year. The actions undertaken include a plan to attract foreign investment for the creation of infrastructures in strategic sectors, with a view to establishing a potential partnership between the two countries.

San Marino reaffirmed its commitment towards Expo Dubai 2020, which will now start – following the year-long postponement due to the pandemic – October 1, 2021. His Highness Al Nahyan thanked the republic for its steadfast desire to participate and invited the Secretary of State to visit the UAE on that occasion – an invitation reciprocated by his San Marino counterpart.

The particular situation that the two countries are currently in, along with the rest of the world, is highly unusual, owing to the Covid-19 pandemic, and the representatives at the meeting affirmed their commitment to fostering tangible new forms of partnership between the two countries, with a view to getting their respective economies back on track as soon as possible.

At the end of the meeting, Secretary Beccari complemented the United Arab Emirates for the entirely Emirati project to send the “HOPE” probe to the Martian atmosphere, which on February 10 reached the orbit of the red planet.