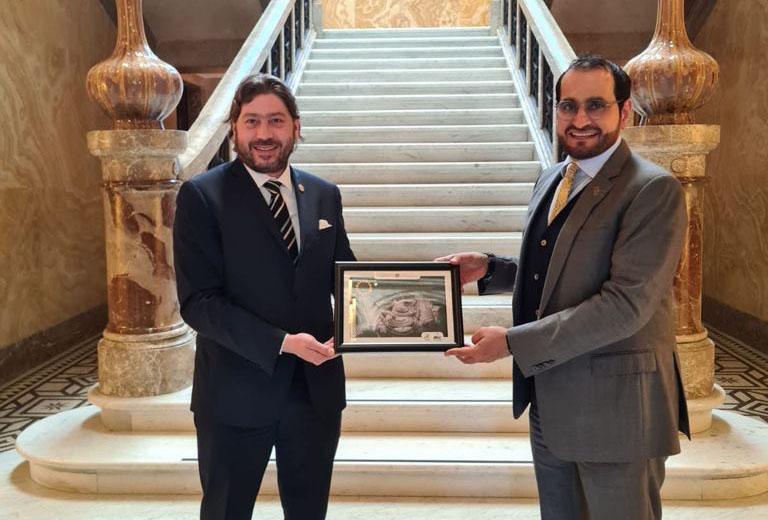 news The Secretary of State responsible for San Marino’s participation at the Expo, Federico Pedini Amati, visits the Ambassador of the United Arab Emirates to Rome, His Excellency Omar Obaid Alshamsi 01 April 2021

The Secretary of State for Tourism of the Republic of San Marino, Federico Pedini Amati, today paid an official visit to the non-resident Ambassador of the United Arab Emirates to San Marino, His Excellency Omar Obaid Alshamsi at the Rome branch.

Accompanying the Secretary of State were the Ambassador of San Marino to the United Arab Emirates and Commissioner for Expo 2020, Mauro Maiani, and Director of the Department of Tourism, Filippo Francini.

The United Arab Emirates will host, from October 1, 2021, in Dubai, the Expo 2020 event postponed from last year due to the pandemic but now ready to be inaugurated. The Expo – assigned as one of the direct responsibilities of the Secretary of State, thus confirming the strategic value attributed to it by San Marino – was the focus of this morning’s meeting, which began with a vote of thanks on the part of the Republic of San Marino for the help and input provided on the creation of the San Marino Pavilion in the so-called thematic district. The Republic of San Marino is pressing ahead on the construction of its own area, the setting up of the managerial infrastructure and the promotion of the initiative. Starting April 6, Secretary of State Pedini Amati will make his first official visit to Dubai, where he will meet Her Excellency Reem Al Hashimy, Minister of State for International Cooperation and Director General of Expo 2020 Dubai.

The aim of the Republic of San Marino is to create at Expo 2020 a high-quality exhibition area to communicate to the world its values of history, tradition and culture, while at the same time promoting its tourist attractions and the opportunities it offers for investment and business. Secretary of State Pedini Amati used the occasion to thank the United Arab Emirates for the help given to San Marino through the Red Crescent Society of the UAE to support families in difficulty during the winter.

Ambassador Maiani communicated his intention to set up a San Marino – EAU Forum in February 2022, and also informed those present of his intention to accompany to Dubai, on the occasion of the Expo, San Marino’s Secretaries of State and representatives of its authorities, as well as commercial and institutional delegations, with a view to developing bilateral relationships in all fields. His Excellency Omar Obaid Alshamsi was informed that on the occasion of the official visit to Dubai, due to take place April 6, a meeting has been scheduled with the head of the Dubai Tourism Authority to plan out San Marino’s participation at the Arabian Travel Market, which is set to be held May 16 through 19. 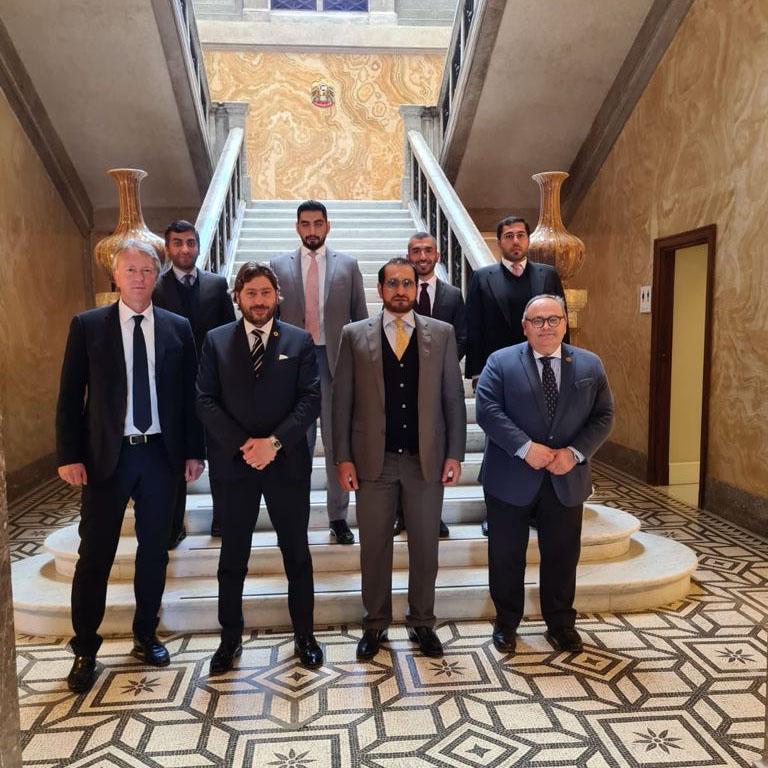